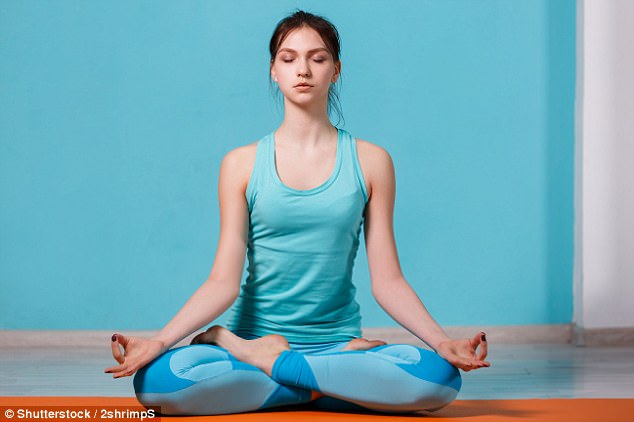 Yoga is beneficial for the central nervous system and immunity

It also increases the levels of proteins and hormones which are associated with better resistance to stress, the research adds.

From a physical health standpoint, both yoga and meditation reduce inflammation, which is linked to improved functioning of the central nervous and immune systems, according to the study.

Lead author Dr Rael Cahn of the University of Southern California said: â€œTo our knowledge, our study is the first to examine a wide range of pro and anti-inflammatory markers in a healthy population. before and after a yoga-meditation intervention. ‘

Yoga relieves lower back pain as effectively as physical therapy, according to research suggested in June.

Lower back pain affects four in five people in the UK at some point in their lives and is one of the most common medical complaints encountered by GPs.

Yet despite most people facing this problem, there are few effective treatments.

Experts at Boston Medical Center conducted a randomized controlled trial of 320 people with low back pain, who were either assigned to weekly yoga classes, physical therapy sessions, or simply an educational book and newsletters on the subject. back pain management.

After 12 weeks of class, the program was stopped, but patients were encouraged to continue yoga at home.

A year after the start of the project, the researchers assessed whether the patients had improved.

The results revealed that yoga was just as effective as physiotherapy in relieving pain and allowing people to return to normal active lives.

How the study was conducted

The researchers analyzed 38 healthy adults participating in a three-month yoga and meditation retreat.

This involved participants practicing yoga and mediation every day and following a vegetarian diet.

Before and after retirement, participants were tested to assess their psychological well-being, stress regulation, immune system function and hormone levels.

The results reveal that yoga and meditation reduce people’s anxiety and depression, while increasing mindfulness.

It also increases the levels of the protein BDNF and the hormone cortisol, both of which are associated with better resistance to stress.

Relaxation techniques also lower the levels of substances related to inflammation, which may improve the health of the central nervous system and immune system.

The researchers add, however, that more studies are needed to establish the link between yoga and meditation, and physical and psychological health.

Dr Cahn said: â€œTo our knowledge, our study is the first to examine a wide range of pro and anti-inflammatory markers in a healthy population before and after a yoga-meditation intervention.

“Our results support further studies of yoga and meditation retreats evaluating the reproducibility, specificity, and long-term implications of these results.”

The results were published in the journal Frontiers in Human Neuroscience.