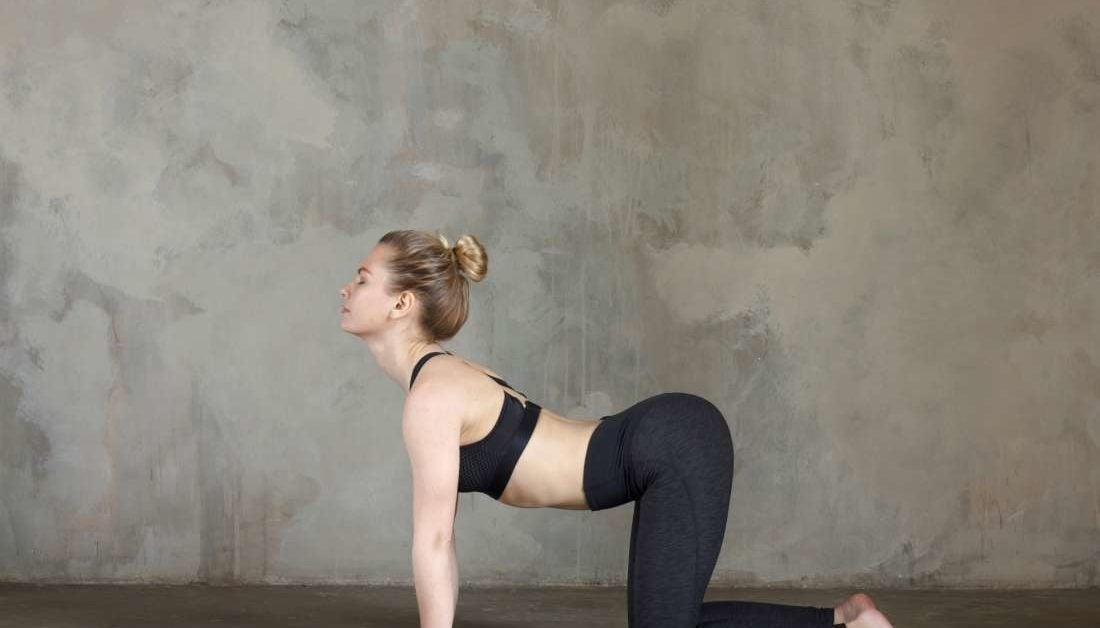 The internet is full of wellness blogs that recommend yoga for a better sex life, as well as personal accounts of the practice enhancing the sexual experience – often to an enviable degree. Does the research support these claims, however? We are investigating.

Modern research is only just beginning to unveil the many health benefits of the ancient practice of yoga.

Some conditions that yoga is said to help are depression, stress, and anxiety, as well as metabolic syndrome, diabetes, and thyroid issues.

Recent studies have also looked at the more complex mechanisms behind these benefits.

Yoga turns out to lower the body’s inflammatory response, counteract gene expression that predisposes people to stress, lowers cortisol, and stimulates a protein that helps the brain grow and stay young and healthy.

In addition to all its advantages, we must add, it feels good. Sometimes – if we are to believe the hype around the mythical coregasm during yoga – it really feels like, really Well.

Coming into contact with our body can be regenerating, restorative and physically pleasurable. However, can delicious yoga poses improve our sex life? We take a look at the research.

An oft-referenced study that was published in The Journal of Sexual Medicine have found that yoga can indeed improve sexual function, especially in women over 45.

The study looked at the effects of 12 weeks of yoga on 40 women who reported their sexual function before and after yoga sessions.

After the 12 week period, women’s sexual function had significantly improved in all sections of the female sexual function index: â€œdesire, arousal, lubrication, orgasm, satisfaction and painâ€.

Up to 75 percent of women reported improvement in their sex life after yoga training.

As part of the study, all of the women were trained in 22 poses, or yogasanas, believed to improve the core abdominal muscles, improve digestion, strengthen the pelvic floor, and improve mood.

Some poses included the trikonasana (also known as the triangle pose), bhujangasana (the serpent), and ardha matsyendra mudra (half twist of the spine). The full list of asanas can be viewed here.

At the end of the study period, participants reported significant improvement in their sexual function, as assessed by the standard male sex quotient.

Additionally, a comparative trial conducted by the same team of researchers found that yoga is a viable, non-pharmacological alternative to fluoxetine (brand name Prozac) for treating premature ejaculation.

It included 15 yoga poses, ranging from the easiest ones (like Kapalbhati, which involves sitting with your back straight in a cross-legged position, chest open, eyes closed, hands on knees and abdominal muscles contracted) to more complex ones (like dhanurasana, or the â€œbow poseâ€).

How exactly does yoga improve sex life? A review of the existing literature conducted by researchers at the Department of Obstetrics and Gynecology at the University of British Columbia (UBC) in Vancouver, Canada, helps us to elucidate some of its mechanisms for improving sex.

Dr. Lori Brotto, professor in the Department of Obstetrics and Gynecology at UBC, is the journal’s first author.

Dr Brotto and colleagues explain that yoga regulates attention and breathing, reduces anxiety and stress, and regulates – that is, it activates the part of the nervous system that tells your body to stop, relax, rest, digest, lower the heart rate and start any other process metabolism that induces relaxation.

There are also psychological mechanisms at play. â€œFemale yoga practitioners have been found to be less likely to objectify their bodies,â€ Dr. Brotto and colleagues explain, â€œand to be more aware of their physical selves.

“This trend, in turn, may be associated with increased sexual responsibility and insurance, and possibly sexual desires.”

It is safe to say that stories about releasing stuck energy in the root chakras and moving â€œkundalini energyâ€ up and down the spine to the point of producing male orgasms without ejaculation are lacking. rigorous scientific evidence.

However, other yogic concepts might make more sense to the skeptics among us. Moola bandha is one of these concepts.

â€œMoola bandha is a perineal contraction that stimulates the sensory and autonomic nervous system in the pelvic region, and therefore enhances parasympathetic activity in the body,â€ write Dr. Brotto and colleagues in their review.

â€œSpecifically, it is believed that moola bandha directly innervates the gonads and the perineal body / neck. The video below incorporates movement into a practice for the pelvic floor muscles.

Some studies cited by researchers have suggested that practicing moola bandha relieves menstrual pain, labor pains, and sexual difficulties in women, as well as treating premature ejaculation and controlling testosterone secretion. at men’s.

Moola bandha is similar to modern, medically recommended , which are believed to prevent urinary incontinence and help women (and men) enjoy sex for longer.

In fact, many sex therapy centers recommend this yoga practice to help women become more aware of their feelings of arousal in the genital area, thereby improving desire and sexual experience.

“[M]oola bandha stretches the pelvic floor muscles, [â€¦] balances, stimulates and rejuvenates the area using techniques that increase awareness and circulation, â€explain Dr. Brotto and his colleagues, referring to the work of other researchers.

Another yoga pose that strengthens the muscles of the pelvic floor is the bhekasana, or the â€œfrog poseâ€.

In addition to enhancing the sexual experience, this pose can help relieve symptoms of vestibulodynia, or pain in the vestibule of the vagina, as well as vaginismus, which is the involuntary contraction of the vaginal muscles that prevents women from have penetrating sex.

While it’s easy to get aroused by the potential sexual benefits of yoga, it’s worth keeping in mind the big gap between the amount of so-called empirical or experimental evidence and that of non-empirical or anecdotal evidence. , evidence.

The internet is home to a plethora of these, but studies that have actually tested yoga’s benefits for sexual function remain scarce.

Additionally, most of the studies mentioned above – which found improvements in sexual satisfaction and function in both men and women – have a fairly small sample size and did not benefit from a group size. witness.

However, more recent studies – which focused on women who suffer from sexual dysfunction in addition to other conditions – have provided stronger evidence.

For example, a randomized controlled trial looked at the effects of yoga in women with metabolic syndrome, a population with a higher overall risk of sexual dysfunction.

For these women, a 12 week yoga program led to a “significant improvement” in arousal and lubrication, while such improvements were not seen in women who did not practice yoga.

Improvements were also found in blood pressure, prompting researchers to conclude that “yoga may be an effective treatment for sexual dysfunction in women with metabolic syndrome as well as for metabolic risk factors.”

So while we need more scientific evidence to support the benefits of yoga for our sex lives, the seeds are definitely there. Until future research can determine whether “yogasms” are a real and achievable thing, we believe there is enough reason to incorporate yoga into our daily routines.

Trying it for ourselves could prove to be extremely rewarding – and our pelvic muscles will certainly thank us for it.