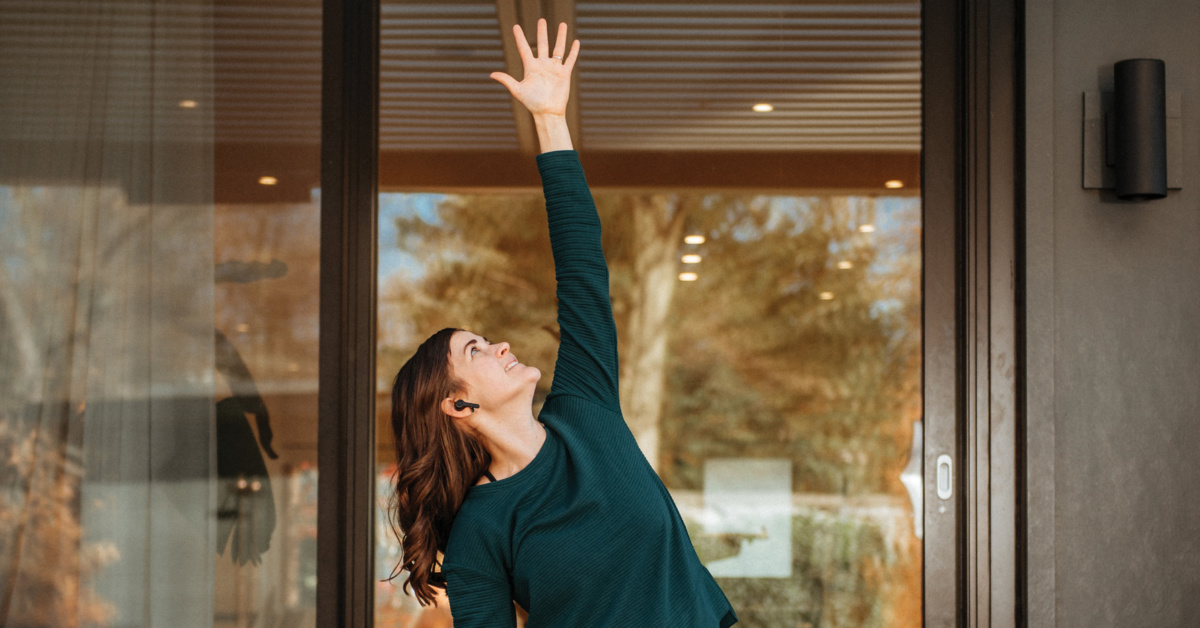 This yoga instructor gives classes in front of her clients’ windows

“My first client was an 84-year-old grandmother”: this yoga teacher gives classes in front of her clients’ windows

Yoga teacher Ashley McEachern has launched a lockdown-friendly program personal training company, offering exercise classes in front of its customers’ windows. Here she tells us how it works.

—As told to Liza Agrba

“Since college, yoga has been an anchor for me. It’s a source of therapy: a place where I can go for an hour or 75 minutes, to get away from the world and take care of my body, my mind and my breathing. I have also been teaching yoga for over 10 years. Every time I teach a class, I know I’m helping other people overcome the challenges they face in their lives. Just being able to sit in meditation for 10 minutes without their child pulling their hair out or having a nagging deadline can be a game changer.

“I gave birth to my second child at the end of February, and two weeks later we were in a global pandemic. Yet I continued to make time for yoga every day. Without it, honestly, I don’t know where I’d be right now. It gave me the strength, the courage, the confidence and the mindfulness – all those juicy things – to be okay during this really messed up time. One day, at the end of October, I was doing online yoga and I was staring out the window, wanting so badly to see a human and be outside. I suddenly realized that I could teach in person while standing in front of my clients’ windows. When I have an idea, it bubbles and boils under my skin until it explodes. I started telling friends about it and putting the pieces together. I’m not against online yoga. I just think there’s a need real human connection, and it’s kind of nice to see someone through a window.

“A student taking one of my online classes, which I set up during Covid, contacted me to ask if I could teach yoga privately to her 84-year-old grandmother. This lady is an avid tennis and golf player who was looking for a way to stay in shape after the tennis season is over. She was my first window customer.

“On the first day, she was nervous and invited her daughter to join. Mind you, I think a lot of people are nervous about something like that. After all, you have a stranger coming to your property after being alone for eight months. I stood outside the window and taught the class over the loudspeaker, while the client did the practice inside. It was her first time doing yoga: I asked her when she last stretched and she said it was 50 years ago. She kept saying how nice it was to see someone smile during those times. JHaving someone at home, smiling and laughing — because there’s a lot of joking and laughing when I teach my yoga classes — was perhaps even more powerful for her than the fitness component. Part of me wonders if fitness is the way to reconnect people. I see her now for a yoga class every Saturday morning at her house. This is the highlight of my week.

“I immediately recruited six more teachers: four in Toronto, one in Victoria and one in Ottawa. And we don’t just do yoga. One instructor trains runners with HIIT, and another specializes in kickboxing and other martial arts.

“When someone signs up, they can book a single session for $105, a five-class pass for $515, or a 10-class pass for $1,000. When we arrive at their home, five to 10 minutes before a class, we call the client and they tell us where to go, usually a porch or backyard. We sanitize everything we touch (handrails, gate latches), throw away our yoga mat or chair, and communicate with them over the phone using wireless headphones.

“We’re all on Zoom calls all day. But even though we’ve all been doing this for months, I know it’s a lot easier to read body language in person. One of the main differences between the windowed approach and online yoga is that it’s much easier for instructors to see and correct people’s form when we’re not looking at a screen. I’m a visual person, and it’s so much easier to talk to people through a pose when you can see them through the window.

“Window workouts create fun times for families. We had three generations of a family – a nine-year-old, his mom and his elderly mom – practicing chair yoga with one of our teachers. through a large bay window. It was useful for all: the eldest for mobility reasons, but also for the mother and the son, because they both spend a lot of time on the computer. I don’t think that they would all get together for an online yoga class, but they will do it for a window workout because it’s new and exciting.

“Another client is a mother of two children; she and her husband work full time. Like so many others, she was having a chaotic time juggling kids, work, and everything else. She texted me after our class and said it made her cry because it was so nice to see people in real life.

“I try to give as many lessons as possible, especially to seniors in long-term care homes. My grandmother lived in a nursing home and passed away in July after having had little to no social interaction or social programming, despite her conditions not really changing. I’ve also worked in a nursing home, so I know the physical and social programming they have is key.

“I’m not worried about the winter. I grew up on Blue Mountain, snowboarding every night after school, so being outside in minus 30 degrees is nothing to me. Also, I’ll take a thermos of tea and wrap myself in a snowsuit. But I don’t want to do this forever. I’ll be the first to admit that teaching yoga through a window is sad. I want this company to go bankrupt because Covid disappears. But so far, this simple and weird idea seems to be working for people. That makes me happy.”