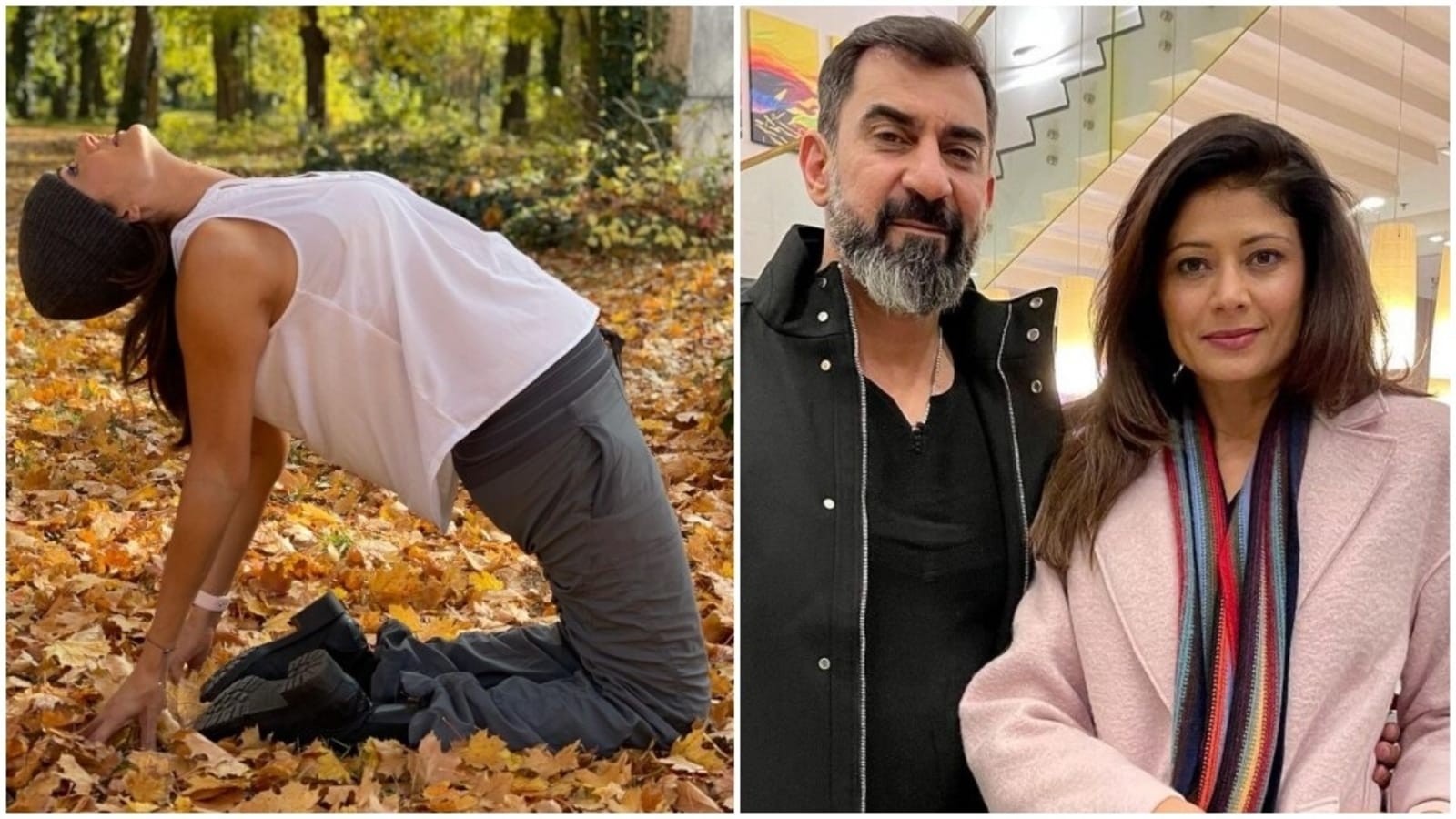 Actor Pooja Batra often takes care of filming or travels around the world. However, no matter how busy her schedule is, the star always finds time to do yoga and motivates us all to exercise too. The star recently took to Instagram to share photos of herself doing two different yoga poses in Budapest, Hungary.

Pooja is currently in Budapest enjoying the fall season. The actor posted photos of herself practicing yoga poses in a park on Saturday. She did Kapotasana or King Pigeon Pose yoga and Ustrasana or Camel Pose. Her husband Nawab Shah loved the post and took to the comments section to drop several hearts.

Sharing her photos on The Gram, Pooja spoke of people pushing their bodies to do prescribed yoga poses when their body prevents them from doing so. â€œMany people repeatedly push their bodies into ‘prescribed’ yoga postures when their physiology prevents it. #Yogawithpoojabatra a- #kapotasana. B- #ustrasana These two Asanas work the Piriformis and Psoas Major Muscle among others muscles, â€Pooja wrote.

To do the one-legged king pigeon pose, Pooja lifted one leg and joined his hands at the back of his head. For the curved-back Ustrasana, she pushed her body back to touch her hands near her toes.

Benefits of doing Kapotasana and Ustrasana:

Kapotasana or the one-legged king pigeon pose relieves tension in the chest and shoulders, and also stimulates the abdominal organs, aiding digestion. It also releases stress, fatigue and anxiety.

Ustrasana stretches the entire front of the body, ankles, thighs, groin, abdomen, chest and throat. It also stretches the deep hip flexors. The practice of this asana can strengthen the back muscles, improve posture, and stimulate the organs in the abdomen and neck.

Meanwhile, Pooja is set to make a comeback with the OTT version, Squad. The actor plays a squadron leader in the film, which also marks the debut of actor Danny Denzongpa’s son Rinzing Denzongpa.