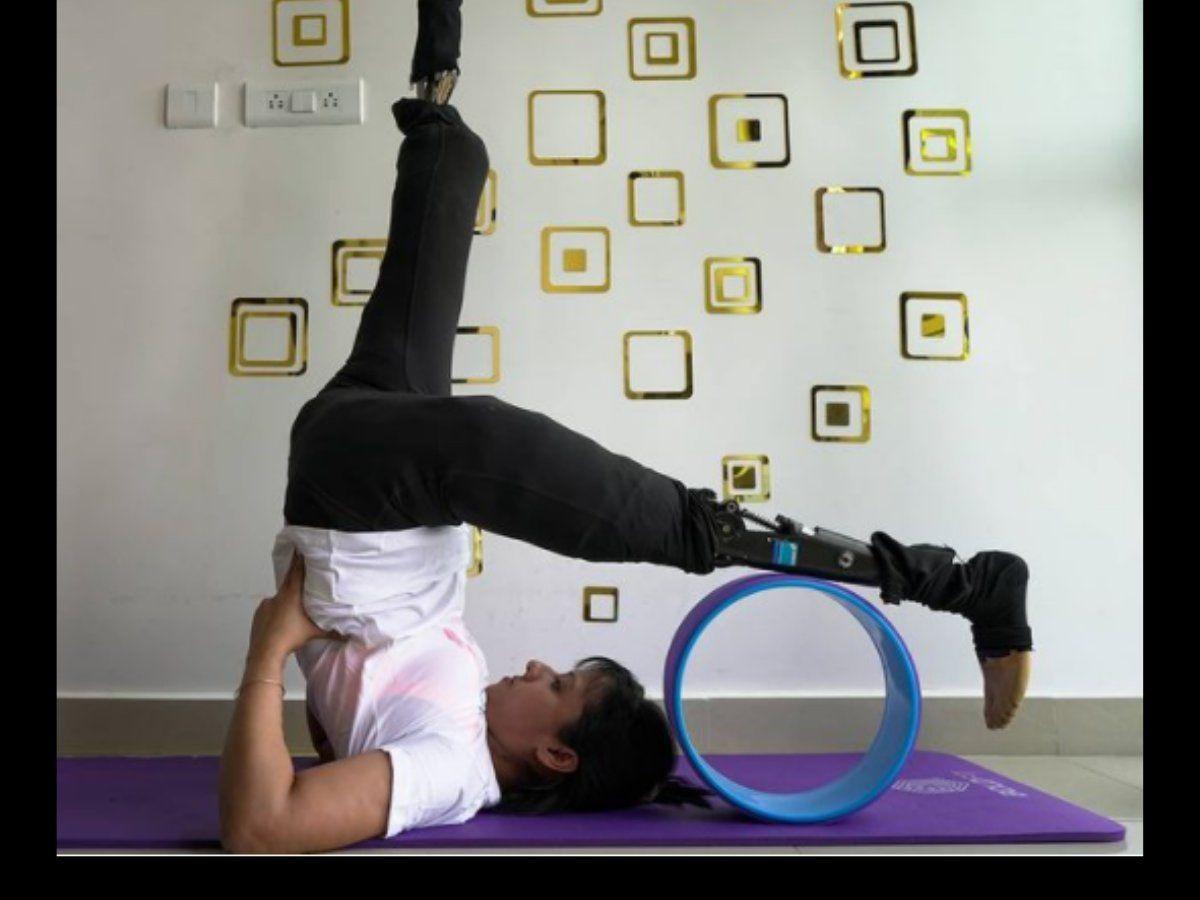 We come across stories of courage on social media of people determined to never give up. But the latest story of strength and determination edifies netizens.

The story of Arpita Roy, a yoga instructor from Barrackpore in West Bengal, is inspiration in every way. Roy had lost her legs in a horrific accident in 2006. From not being able to walk at all to walking with prosthetic legs to handstands and other yoga poses, she’s come a long way.

The 33-year-old suffered a huge setback early in her life when she lost both of her legs. Roy runs an Instagram account ‘royarpita_yoga’ where she shares photos and videos of her workouts.

The page shows Roy performing the most difficult asanas with ease and grace. The fact that she has prosthetic legs doesn’t seem to make any difference as her yoga quality is among the best. Arpita also spoke out against trolls who told her she was afraid to show up without the artificial limbs.

Arpita said the black day of her life came in April 2006 after she fell off her bicycle and a truck crushed both of her legs. In fact, she calls it a miracle that she wasn’t killed. Giving details of her recovery journey, she said that since her injury was so severe, doctors had no choice but to amputate her legs. Once done, she spent the next four months confined to the hospital bed, as quoted by Indian Express.

It has been almost six years since she started taking yoga classes. Now her skills have become so good that she has become a professional instructor helping others.

2021-02-26
Previous Post: 5 yoga poses to keep your hair plump and healthy
Next Post: Add these 3 yoga poses to your daily routine