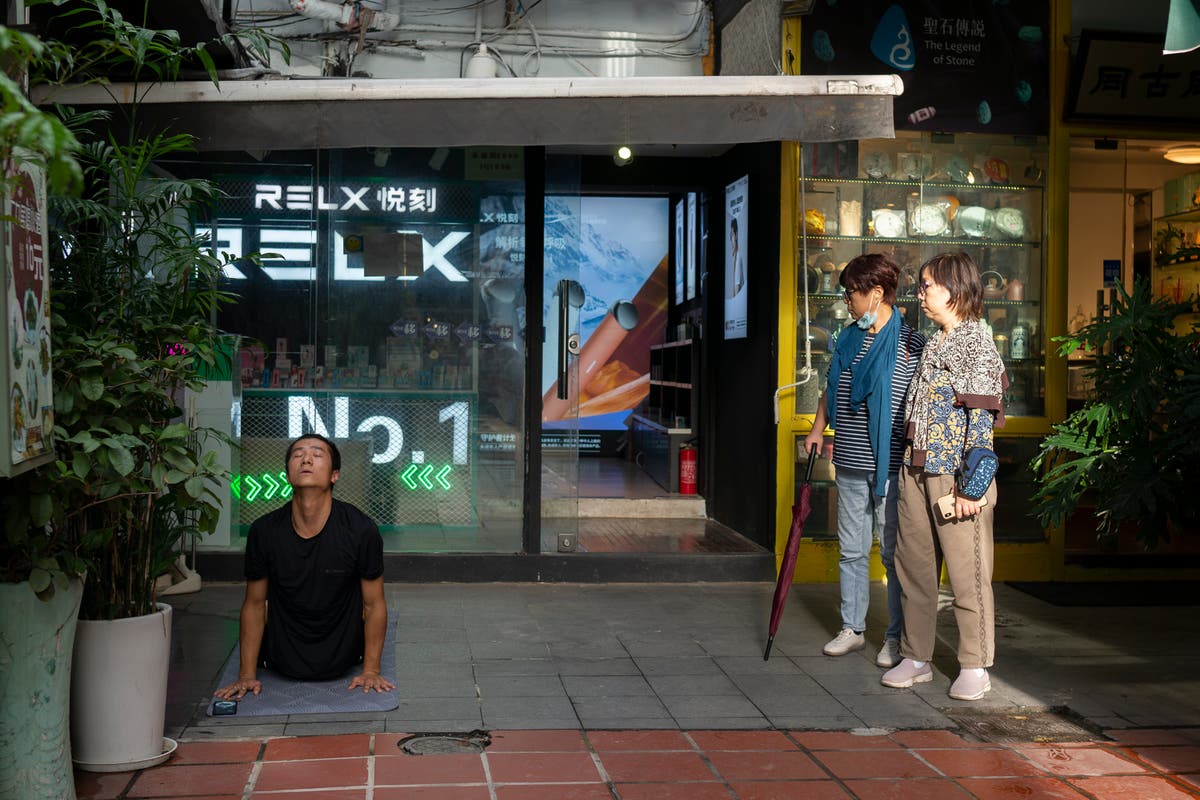 A relaxing yoga class at a studio in China ended in an accident, after a student broke his leg while performing a peculiar pose.

The student, whose femur broke during her very first private yoga class, told local media she was suing the studio, located in east China’s Anhui province.

The incident happened in late August, according to local media, which identified the woman only by her last name, Ms. Wang.

the Xinan Evening News first reported that Ms. Wang was asked to practice the dragon pose – an open hip pose that targets the human body’s hip flexors and quadriceps – by the instructor, who local media identified just as Ms. Li.

The dragon pose is believed to relieve sciatica pain and relieve tension in the legs and hips.

â€œShe was pressing on my thigh and pressing too hard. Suddenly, I felt severe pain and could not move at all, â€Ms. Wang said.

Ms. Li, before correcting her posture, told Ms. Wang that her left leg was in the wrong position.

The yoga instructor quickly called an ambulance and took Ms. Wang to a nearby hospital, where doctors confirmed that she had an open fracture in her femur. Ms. Wang had to be operated on, according to reports.

She was hospitalized for 16 days, but claimed she was still unable to walk.

The yoga studio paid Ms. Wang 50,000 yuan (about Â£ 5,760) for her medical bills, but refused to pay more when Ms. Wang asked for compensation for future treatment.

â€œIn addition, there will be other rehab costs in the future and my job will be affected due to this injury. I want reasonable compensation, â€Ms. Wang added.

Orthopedists in China have seen an increase in the number of cases related to yoga-related injuries, although many said the injuries were not as severe as a fractured femur, state news agency Xinhua reported.

Doctors at Zhejiang University’s First Affiliated Hospital have received about three to four such cases per month, far more than they received a year ago, most of the cases from young women.

Ms. Wang’s age was not disclosed by local media.

In 2019, a similar case occurred, in which a 55-year-old Chinese woman earned almost Â£ 21,320 after sustaining a permanent injury while attending a yoga session.

There were 20 million yoga practitioners in mainland China at the end of 2017, according to official figures. Authorities estimate this figure to be over 100 million by 2030.

The BBC quoted Benoy Matthews, a leading UK-based physiotherapist, who said he had witnessed “a growing number of yoga teachers suffering from severe hip problems – many of whom require surgery – because ‘they’re pushing their bodies too hard “.

2021-10-01
Previous Post: Five Yoga Poses That May Lower Your Risk of Stroke
Next Post: The 10 best yoga blocks of 2021, according to a yoga instructor