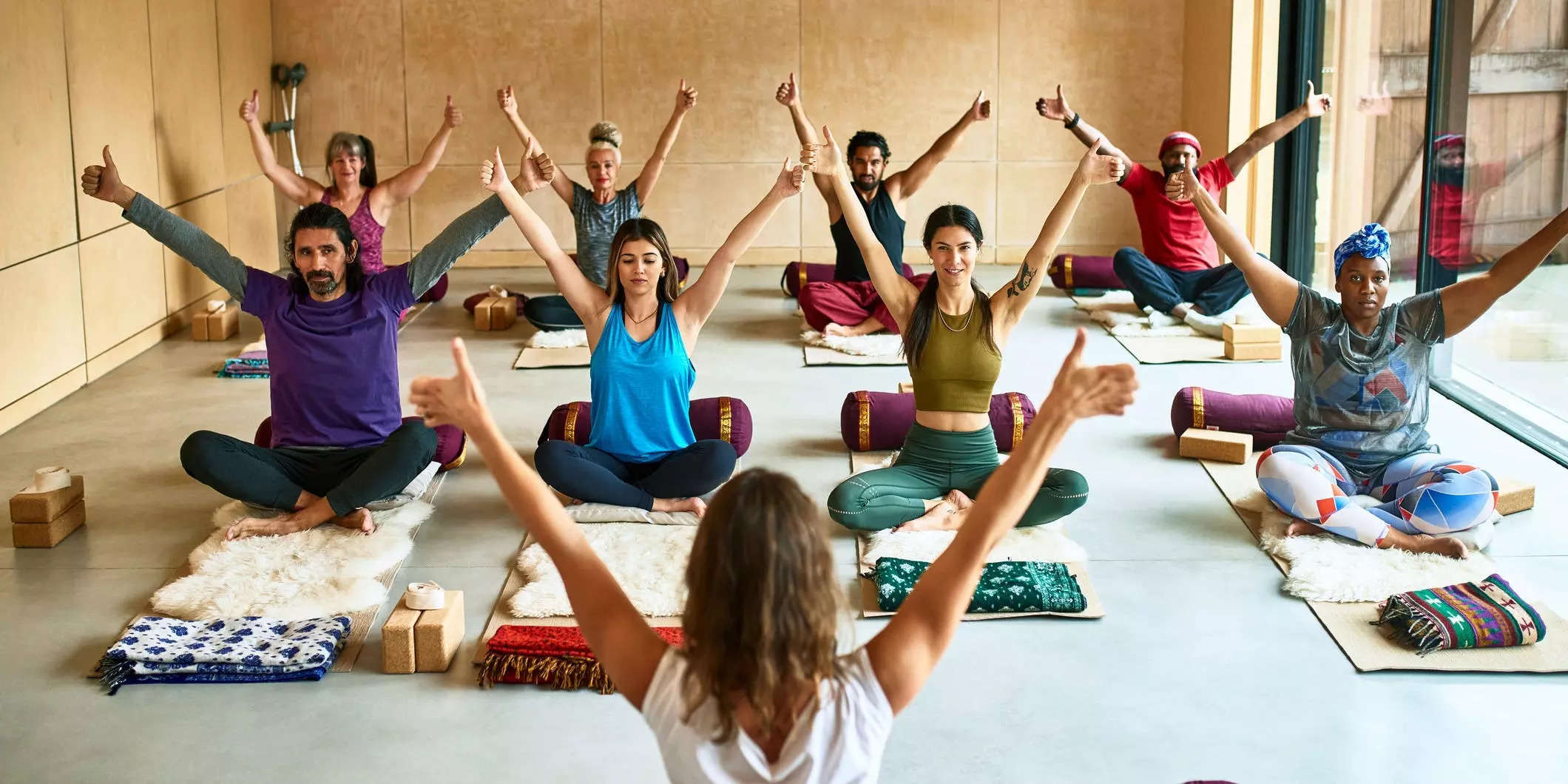 5 types of yoga and which are best for cardio, balance and more

By: Joseph E. Warner
In: Yoga types
With: 0 Comments
FacebookTwitterLinkedinMix

Yoga is a South Asian spiritual practice involving body movements, breathing exercises, and meditation. In the United States, most yoga classes focus on the asana, or body movement, aspect of yoga.

There are many styles of yoga, such as vinyasa and ashtanga, that have evolved over time, each with their own unique benefits for your body and mind.

Here are five types of yoga you can try, depending on whether you want to increase your flexibility or reduce your anxiety.

Vinyasa yoga classes include many classic yoga poses, such as the sun salutation sequence. But instead of standing still in poses, you “flow” between continuously moving poses, says Arundhati Baitmangalkar, principal teacher and founder of the Aham yoga studio.

Switching between poses in a fluid fashion helps you synchronize your breathing with your movement – creating a calming effect, says Baitmangalkar.

In fact, “a lot of people find this style of yoga to be a kind of moving meditation,” says Jesal Parikh, yoga teacher and founder of Yogawalla.

This type of calming practice can be helpful for people with anxiety and depression. In a small study from 2010, people with depression had a significant decrease in symptoms after practicing vinyasa yoga twice a week for two months.

Vinyasa yoga can also be a good option if you are looking to build your stamina. It is “often taught in a strong and athletic manner, creating a cardiovascular effect inducing sweating,” says Parikh.

Studies show that vinyasa yoga works well as an aerobic – which means that it increases your heart rate and respiratory rate. This type of exercise is important for your heart and lung health and can help prevent diseases like diabetes and heart disease.

But while vinyasa classes are more varied, ashtanga has a set sequence of poses that you can’t deviate from, Baitmangalkar says.

Ashtanga yoga classes also tend to place more emphasis on meditation, says Parikh, which means it may have additional benefits for your mind .

For example, a small study 2017 found that people who did Ashtanga yoga twice a week for nine weeks experienced significant improvements in their self-esteem and decreased symptoms of depression and anxiety.

Related Article Module: What to Expect in a Hatha Yoga Class and Why the Practice Has Become So Popular

Traditionally, hatha yoga is an umbrella term that encompasses many different styles of yoga.

“Most of the styles of yoga we know today are considered Hatha yoga,” Parikh explains. This includes the vinyasa, hot yoga, ashtanga, and iyengar styles.

But in the Western world, a hatha yoga class usually means you’ll hold poses for longer, compared to a style like vinyasa, Baitmangalkar explains.

For example, in vinyasa practice, you can hold a pose for just a few seconds, while Hatha poses can last more than a minute.

Hatha yoga poses can be performed while standing, sitting, or lying down. And because you hold them for longer, it can help you build strength and improve your balance.

A 2016 study found that people who practiced Hatha yoga showed significant improvements in their balance and core strength after 21 days of training.

Iyengar yoga is another style of slow yoga, where you hold poses for longer periods of time, but it also includes physical accessories like yoga blocks and straps.

“Iyengar yoga is a system of yoga where the emphasis is on precise alignment of the body,” says Baitmangalkar.

Iyengar can be a great option if you don’t have full body mobility as yoga props can help you align properly. “The Iyengar style of yoga was one of the first to adapt to physical limitations,” Parikh explains.

Studies show that regular practice of Iyengar yoga can help relieve symptoms of conditions such as chronic lower back pain and knee osteoarthritis.

Hot yoga is another style of yoga with a more rigid sequence. In hot yoga classes, you’ll typically do two sets involving a set of 26 poses in 104 ° F heat, Parikh says.

Hot yoga is sometimes referred to as Bikram yoga, but many studios abandoned this name after criminal allegations were raised about Bikram Choudhury, the founder of the practice.

While the heat can be intimidating, followers of hot yoga believe that it can improve mood. “Those who practice this style of yoga often feel the positive effects of the increased sweating from this practice, sometimes described as ‘euphoric’,” Parikh explains.

The high temperature can also help relax muscles and improve flexibility. In a small study 2013, people who did hot yoga three times a week for two months experienced significant improvements in flexibility in their hamstrings, lower back, and shoulders.

There are many different styles of yoga that can each have powerful emotional and physical benefits.

If you’re unsure whether yoga is right for you, talk to your doctor about the best exercise options for your body.

10 Easy Yoga Poses For Beginners To Build Strength, Flexibility, And Mental Clarity
What to expect in a hatha yoga class and why the practice has become so popular
15 seated yoga poses to improve flexibility, mobility and posture
5 yoga poses to try with a partner for more stability and cohesion

2021-10-22
Previous Post: Anxiety, stress bother you? The three best yoga poses to instantly calm you down, gain strength and immunity
Next Post: 6 soothing yoga poses to relieve back pain, boost energy and more